Yes, we know it’s quite normal to get it on in the bedroom. But sometimes even that gets boring–it’s the human way: do the same thing over and over and you get bored of it and you begin to seek out new alternatives. The same thing applies to your regular bedroom sex. Okay, you want to spice things up; not just with the positions, but also the location. The car can be cool but you can’t go ‘hey, let’s go out and get busy in the backseat of my car’ every time. So what is the next best thing? Couch sex! Yes. Couch sex is simply taking your sex away from your bedroom (come on, we assume your couch is in the living room). This is a very creative way of having sex and is sure to spice things up, but you can’t just go in ‘guns blazing’, you have to have an understanding about the little details.

Okay, so couch sex may seem a bit off because it might seem awkward with the position and shape of the couch and one wouldn’t want to get ‘certain’ stains on the furniture. That will all be taken care of in this guide.  Also you’ll get to learn some positions that are ‘couch-perfect’ and ways to do it without ruining it.

Knowing your couch: First and foremost, what kind of couch have you got? Is it a big one or a really small, rectangular one? Either ways, you have to understand the type of couch you have so as to know the type of positions suitable for it, and also not to end up with a backache.

Keeping it clean: Yes, sex can get a little rough and well ‘juicy'(if you know what I mean), so it’s important not to leave any unwanted stains that could leave you grunting later on. Liquids from lubricants and even the natural wetness, and perspiration can leave little stains on your couch. So, before getting it on, be sure to throw a clean cloth over the couch – it won’t take more thanfive seconds!!. This is also good if your couch is not the typical smooth leather type. Your couch should be skin-friendly, and not the type that’ll make your skin raw (example is wool), so remember to lay that cloth over the couch.

Can’t go wrong with foreplay: Sex is sex, whether in the bedroom or on the couch. So it’s a good idea to start with the little details: kissing and basically laying the foundation for the main action. Get each other in the mood and everything else falls into place.

Positions: It is important to understand the positions that can work in your new location. Remember, the couch is not the bed, so don’t treat it as such. The couch just requires a little creativity and you’re good to go. One of the best positions during couch sex is the cowgirl. In this position you’ll have the girl on top of you; she can either straddle you (facing each other), or she can have her back to you. In either position you’ll want to support her with your hands on her waist.

Another position is the missionary which have you [the man] on top of her. She lies on her back, legs apart supported by her hands, while you come in from the front.

You can also try the doggy-style sex position on the couch. This is also a really couch-sex-friendly position.

Standing: It is what it says; standing isn’t all that bad. You can use the couch as a form of support system for her while you both have sex. The standing doggy-style is preferable here.

69: Make use of the tightness of the couch to bring yourselves closer together.  You can raise your legs on the armrests to give your partner better access.

Spooning: This is perfect for a closer romance between you and your partner. It’s more like trying to conserve space and making use of everything you’ve got. You can squeeze in together, side by side and cuddle, fondle and caress each other. In this position he can reach in from behind you and carefully caress the most intimate parts of your body –it is stimulating. A perk to this is the fact that he can also penetrate you from behind.

PRIVACY: This is really important. Of course you don’t want someone bumping in on you while you’re busy, so be sure of your privacy. Sex is an intimate act; an audience during the couch-session could be a definite, dare I say, awkward full stop to it.

COWGIRL RIDING: Couch sex is all about taking full advantage of every space available, and what other way to do it than the cowgirl position. Yes, this has been said before but you cannot overestimate the importance of this position in couch sex. Now you can do this in a couple of ways. The major reason why this really works well during couch sex is because, unlike the bed-sex where a place to hold is hard to find, the armrests provide enough support for both partners. For those who prefer very intimate sex with all the works: cuddling and stuff, have her sit on you, facing you. This way you’ll have the opportunity to kiss, and fondle. It may be a bit distracting, and maybe tiring for her to continually move up and down on you, so you can help her: have her grip the armrest for support while you move your hips upwards and thrust into her–works both ways. Another way is having her sit facing away from you. Your hands are firm on her waist, hers on the armrest  while she moves on you –perfect!

It doesn’t really have to be done in the bedroom for it to be exciting. You can spice things up, take a short stroll to the couch and find out how amazing the spontaneity can be. I bet you will give it a try!!!

Wedge and Ramp Liberator has done us proud this time around with new Wedge Ramp Combo; this amazing device comes with two professionally-designed shapes that will revolutionize any sexual experience in your love life and let you enjoy and experience a...

END_OF_DOCUMENT_TOKEN_TO_BE_REPLACED

Spicing up Your Life with Liberator Esse Sensual Lounge Chair What will happen if you feel your sex life is getting dull and boring? It is almost impossible to leave it behind, but you do not feel happy with that. When you think doing the second honeymoon...

END_OF_DOCUMENT_TOKEN_TO_BE_REPLACED

New Green Leather Yoga Chair, More than Just Furniture To change the atmosphere of your room, you probably think that you have to repaint the wall, replace the old bed and things like that. Well true, sometimes adding new furniture can bring a fresher... 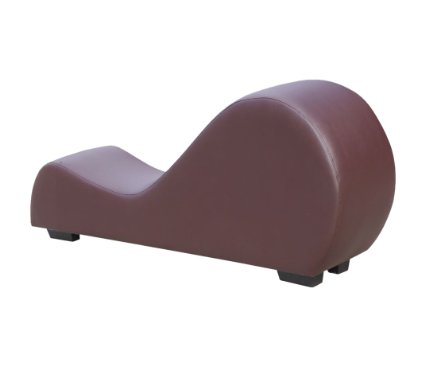